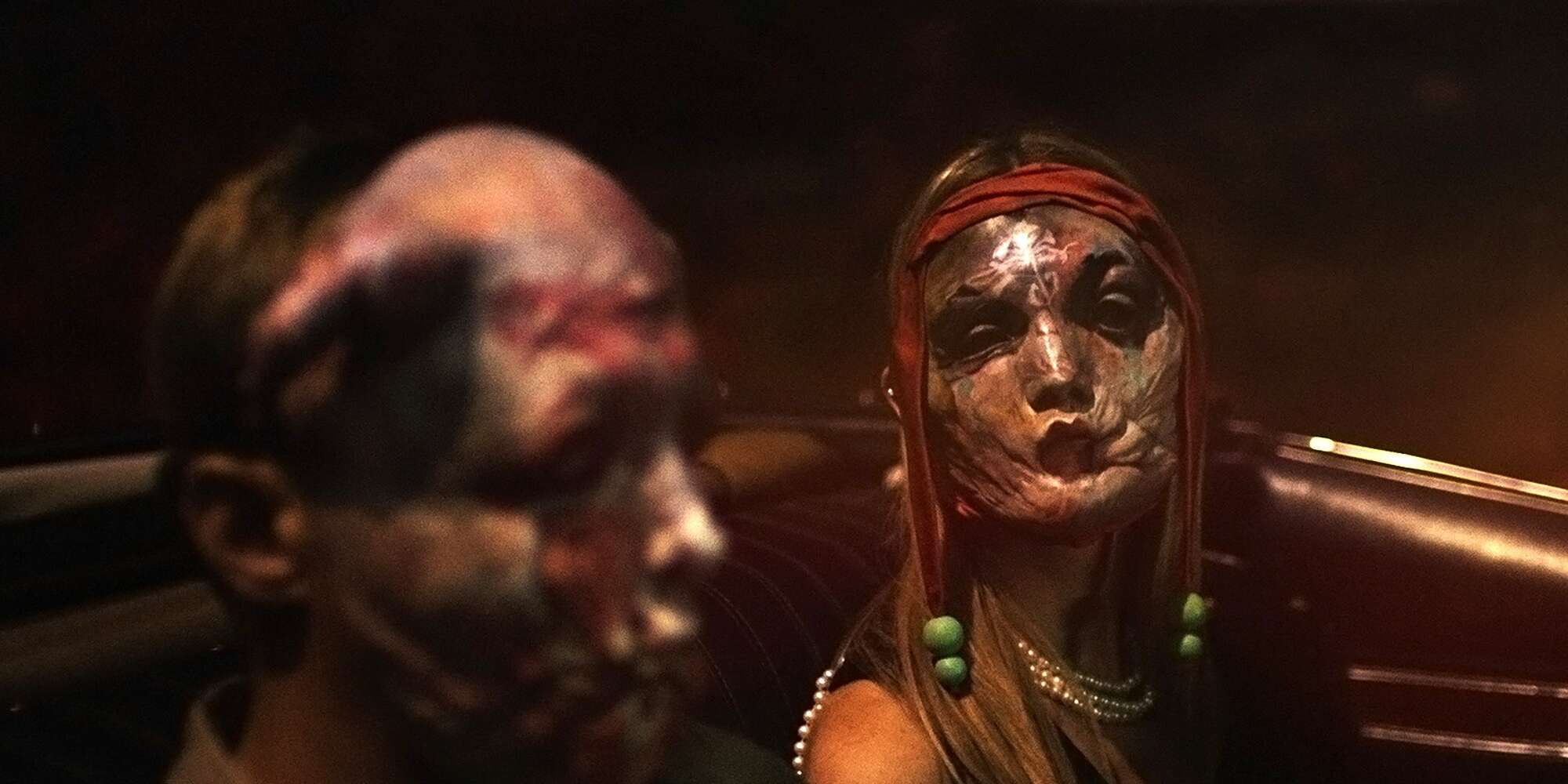 Mia Goth starred in two of 2022's most fabulously bonkers movies, Ti West's horror films X and Pearl, but even she seemed impressed by the weirdness levels of her upcoming release, Infinity Pool, when EW spoke with the actress earlier in the year.

“That's a wild film,” she said. “It's a wild, wild film. I'm very curious to see how that comes out. It's different for sure.”

It is a view that is fulsomely backed up by the movie's just-released trailer, which you can see below. In the film, James (Alexander Skarsgård) and Em (Cleopatra Coleman) are enjoying a perfect vacation, soaking up the sun at an isolated island resort replete with pristine beaches and exceptional service. Guided by the seductive and mysterious Gabi (Goth), they venture outside the resort grounds and find themselves in a culture filled with violence, hedonism, and untold horror. A tragic accident leaves them facing a zero-tolerance policy for crime: either you'll be executed, or, if you're rich enough to afford it, you can watch yourself die instead.

James Gunn on Zachary Levi tweet: Plans can’t change ‘because an actor says something that I don’t agree with’