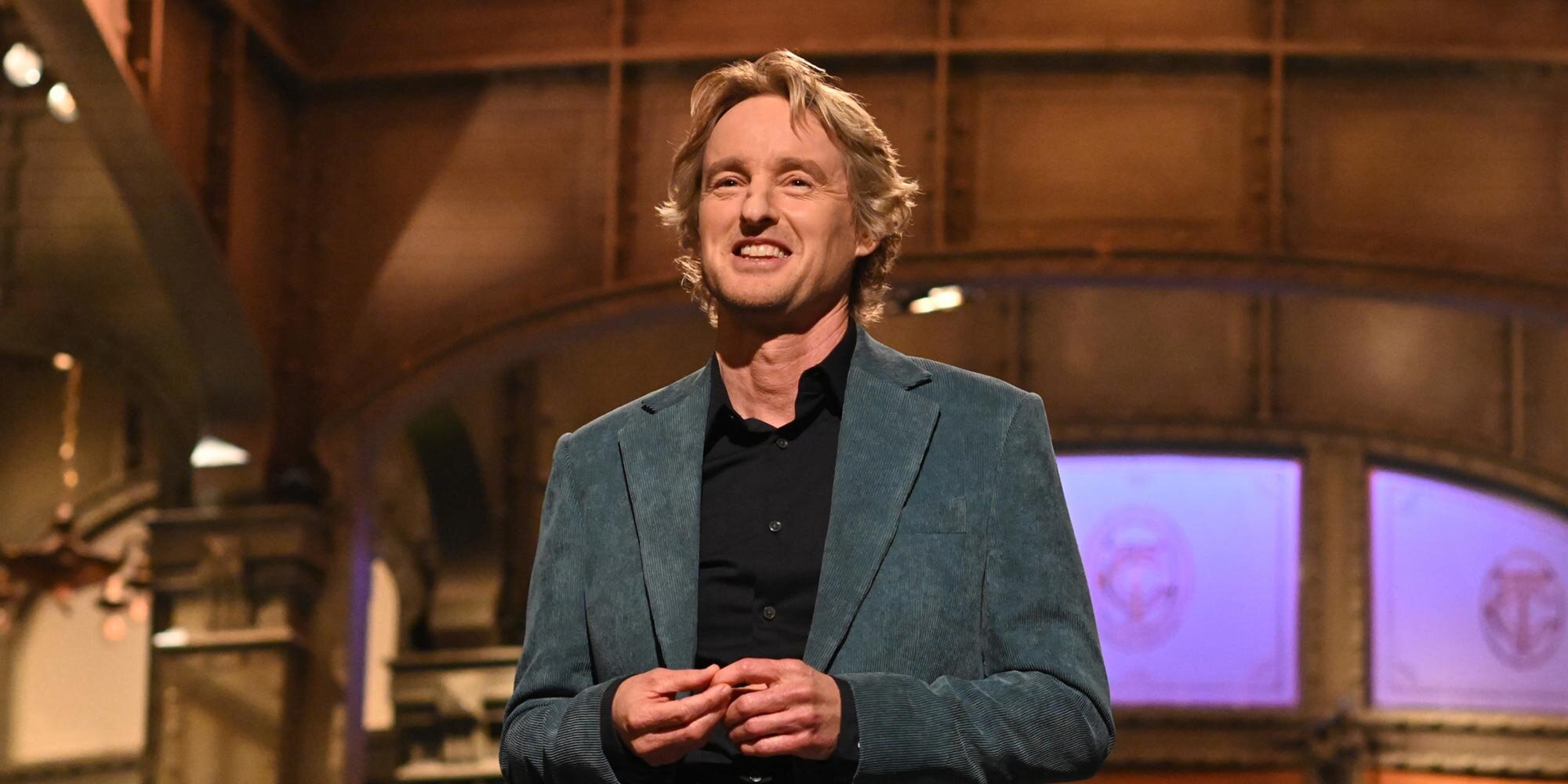 Greetings and salutations, fellow Coneheads (and perpetual hate-watchers.) It's the return of Saturday Night Live, and you know what that means: the reemergence of your handy, digestible pocket size SNL in Review show recaps. The season 47 opener is being hosted by Owen Wilson with musical guest Kacey Musgraves.

It has been a long, hot, sticky summer hiatus for SNL fans, filled, as always, with intrigue. Despite the return of studio live shows (following the pandemic shutdowns), and the conclusion of Trump-era cold opens, modern SNL remains at a crossroads. The show is comfort food, steady and traditional -—a standard bearer for a bygone era — with an extremely youthful core audience. And you can see that tension in the cast itself. Over a third of the returning cast members have their own high-profile projects in addition to doing their yeoman comedy here. Michael Che, Aidy Bryant, Kenan Thompson, and Cecily Strong have their own shows; Bowen Yang is on Nora From Queens. Pete Davidson and Kate McKinnon in another era would be full fledged movie stars at this point. Yet they remain.

So, this season's new cast additions signal the show's desire to adapt, and perhaps overhaul its approach to comedy. Sarah Sherman a.k.a. Sarah Squirm is an alternative comedy extraordinaire, a clown whose talents were born in the Chicago DIY scene, raised on Adult Swim. James Austin Johnson's Trump impression nailed the former president's deceptive banality and small-minded foolishness in a way SNL staffers never could; he went viral numerous times in the run-up to the 2020 election. (Hint: he also has a pitch perfect Biden! That appears to have been scrubbed from his social platforms! hmm)

What to Watch this week: Say ciao to The White Lotus and goodbye to The Daily Show host Trevor Noah

How One Piece Helped Shape the 2020 FIFA World Cup